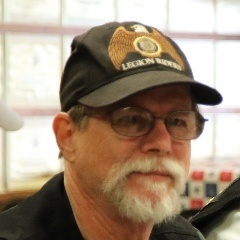 Editorial from the Simi Valley Acorn

The number of registered motorcyclists in California continues to grow at a steady pace, and anybody who’s ever driven a street bike, a sport bike or a cruiser knows the flat-out thrill that goes along with it. Revving up and hitting the open road brings an utter exhilaration that’s hard to describe.

Problem is, much of the motorcycling that’s done in Southern California occurs on crowded freeways where riders can feel claustrophobic. It can be dangerously hot on the asphalt, too, and riders want to get through the whole mess as quickly as possible.

Stuck in bumper-to-bumper traffic, our intrepid two-wheel pilots often try to scoot around it, but they can’t unless they resort to the practice known as lane-splitting.

For years, the gutsy riders who chose to split freeway lanes flew under the radar of police and the CHP. Cops looked upon it as an acceptable practice as long as the maneuver was executed safely. It wasn’t really legal, but it wasn’t illegal either.

The bike that comes within inches of ripping off your side-view mirror during slow-and-go traffic can now do so under cover of the law—and as dangers lurk, we hope bikers take their newfound freedom seriously.

From an insurance standpoint, a rider who lane-splits and gets involved in an accident is no longer automatically considered guilty. That seems only fair.

So is the newly approved, free-wheeling practice good or bad?

It depends on whom you ask.

A 2014 study conducted by UC Berkeley’s Safe Transportation Research and Education Center found lane-splitting at moderate speeds was safer for motorcyclists than riding behind a vehicle. Lane-splitting would help reduce the risk of rear-end collisions, the study said.

But common sense tells us that motorcyclists put themselves at risk when they zip ahead between cars. Many riders do it while going too fast, which reduces reaction time for both them and their fourwheel counterparts only inches away. We’re in favor of lane-splitting as long as riders are judicious and safe. Unfortunately, many are not.

As motorists, we should never try to thwart lane-splitting by intentionally swerving to the middle. That’s rude and it’s dangerous.

At the same time, motorcyclists are advised not to lane-split unless traffic is truly congested. Riders who feel compelled to split lanes even when traffic is moving swiftly are flaunting their ability and thumbing their nose at the less agile cars and trucks.

As traffic continues to increase on the 118, 23 and 101 freeways across the eastern county, everyone should drive safely—and ride safely, too.